I love Rich Color Improvements. They were really, really good. They got it done in exactly the time that they told me, and they let me come and pick out what I wanted. I was really annoying and changed my opinion a bunch of times, but they were really good about it. They painted the whole house, took down wallpaper, patched some holes, did some molding around some doors, and resurfaced the walls. I’ve used them before. I first heard about them from my mom. I would rate them an A+.

I have used Rich Color Improvements multiple times. I think that in itself gives some indication of my feelings in regards to their work. I used them initially when I lived in Coppell, which is 25 miles away from where I currently live, and I have had them four times since I have been here. They have done multiple types of work, including the laying of hardwood floors and painting, along with helping with some fairly severe damage that I had after a storm two years ago. They are top-notch. I’ve never had any issues, and I highly recommend them. They’re an A.

Everything was good. Rich Color Improvements was helpful; they worked with us. It was a while ago—a year ago or more—but as I remember, it went very well. We were selling our house. They did the countertops and painting. I’d give them an A. 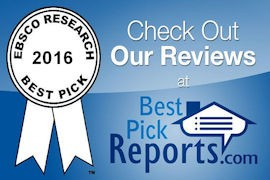 Converting Your Bathtub Shower to Walk in Shower